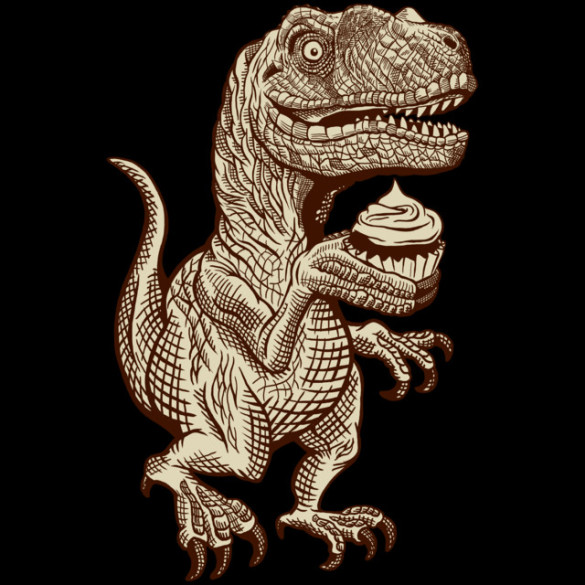 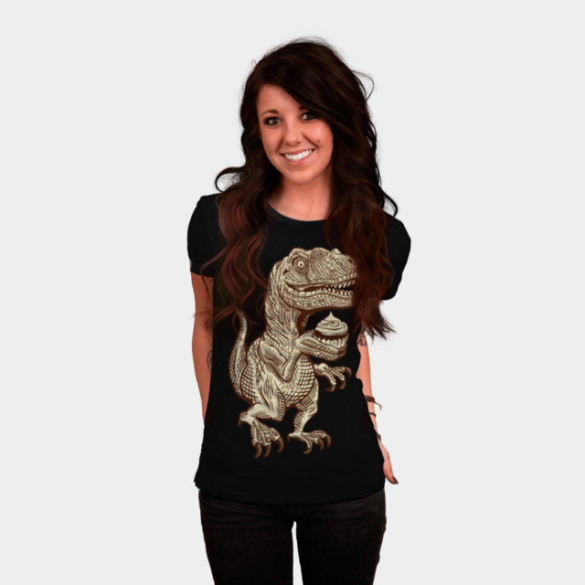 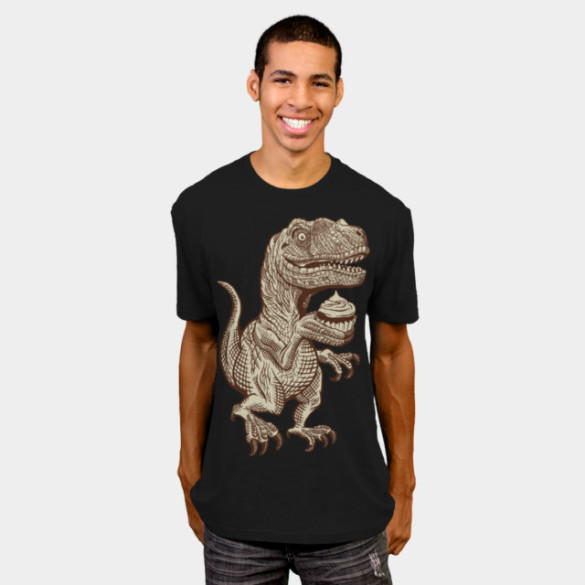 Cupcakus Velociraptus – dinosaur that existed approximately 75 to 71 million years ago during the later part of the Cretaceous period. Archeologists insist that this predator terrified cupcakes for millennia, eventually scaring them into bakeries across the world, until humans evolved into the #1 cupcake predator.

You can buy this t-shirt from designbyhumans.com