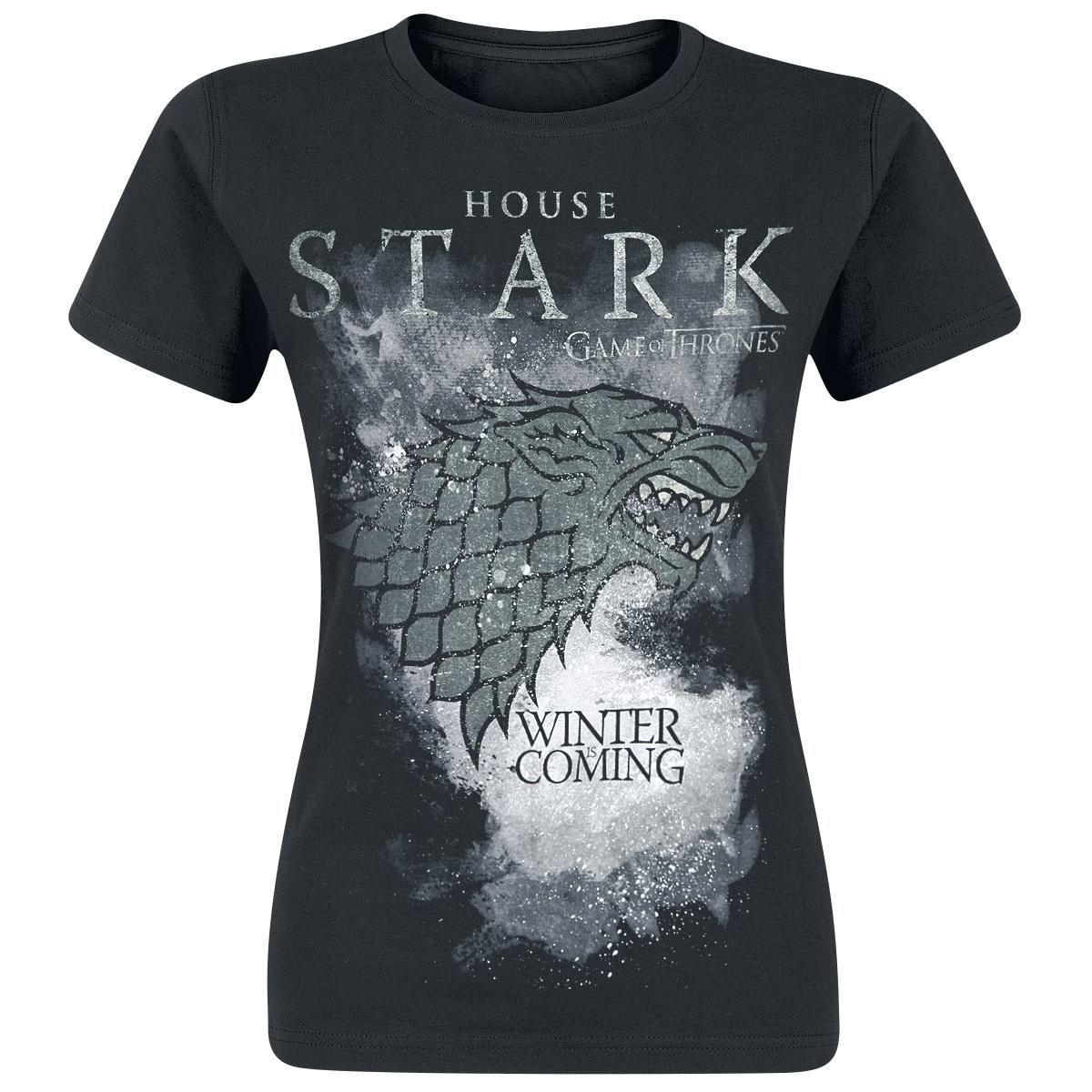 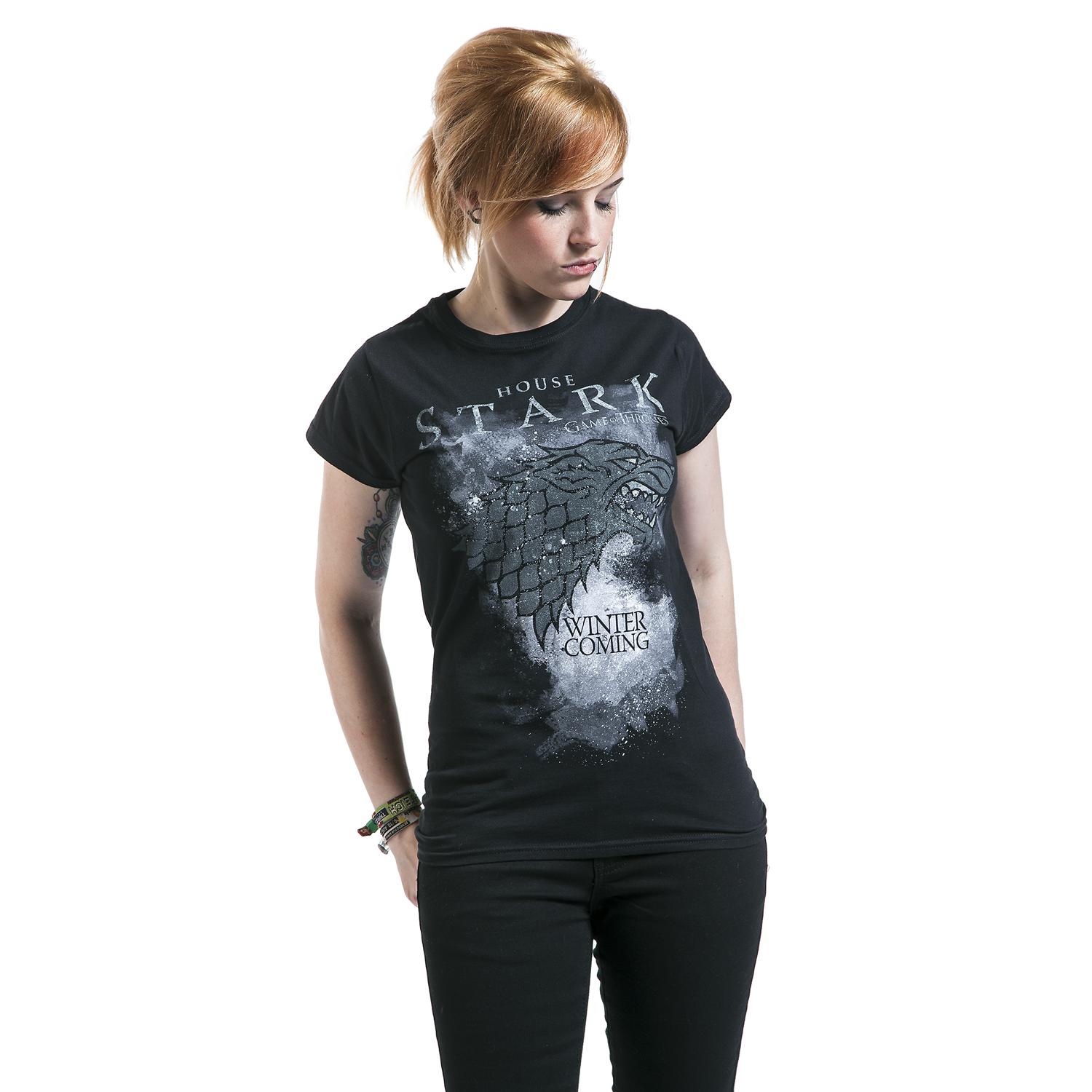 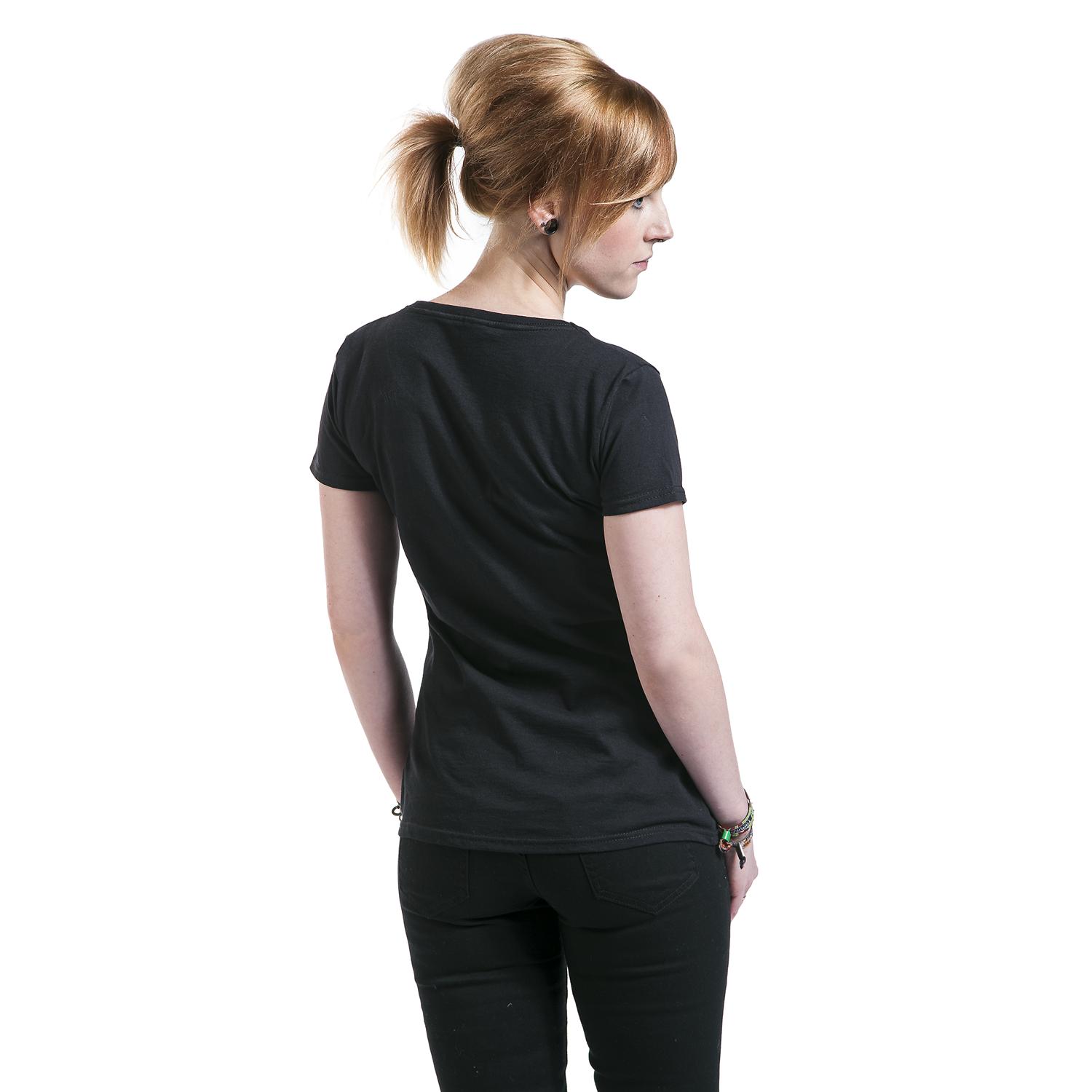 Raise your swords – It’s Game Of Thrones time! The US series from the creators David Benioff and D.B. Weiss based on the Fantasy series “A Song of Ice and Fire” of George R.R. Martin. The story in medieval Westeros. The mighty continent consists of seven kingdoms, ruled by one king. The name of the mighty ruler is is Robert Baratheon. Next to the seven kingdoms, also the mighty iron throne belongs to him. But his empire is ravaged by disaster. His confidant Jon Arryn is found dead and there’s every indication to a murder. Robert then gets his best friend Lord Eddard ‘Ned’ Stark to the royal court. Ned is to take up Jon Arryn post. But the circumstances of Jon Arryns death soon make Ned worried. A battle over the mighty iron throne starts, which can ensure the survival of the upcoming winter. A winter that can last several months, years or even decades. With us you get the crest of the Stark family on a black girls shirt – so cool!

You can buy this t-shirt from emp-online.com