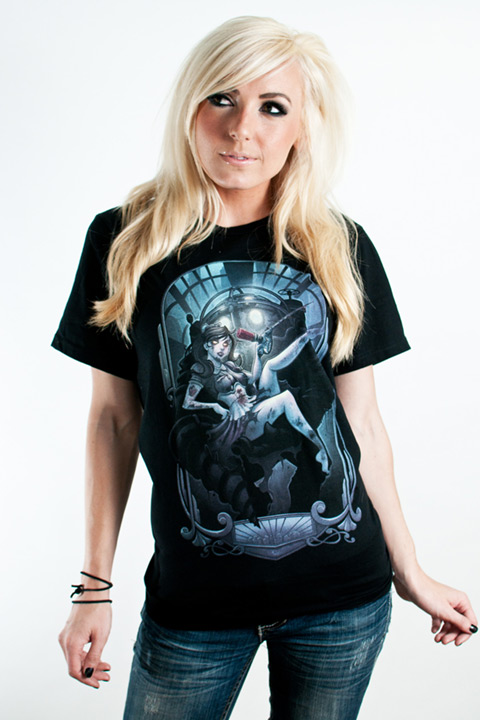 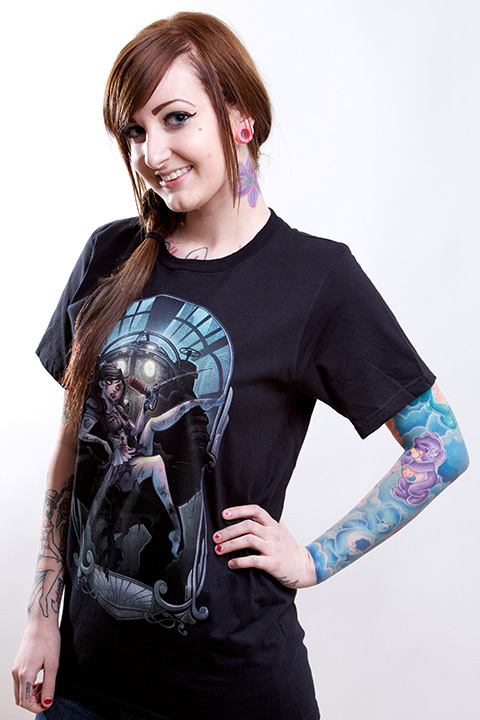 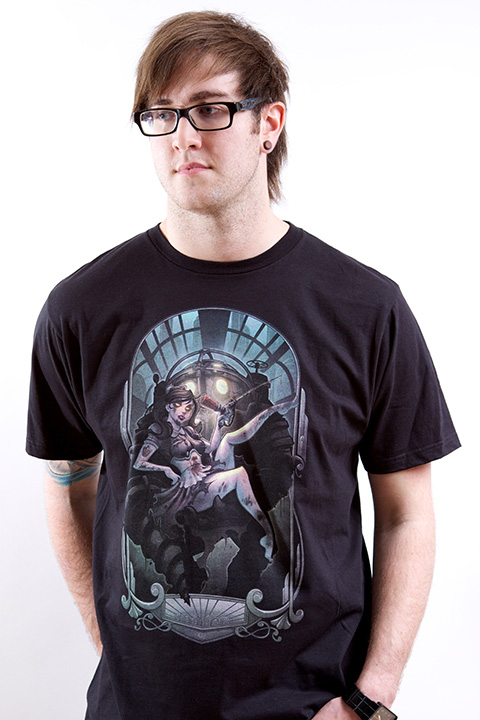 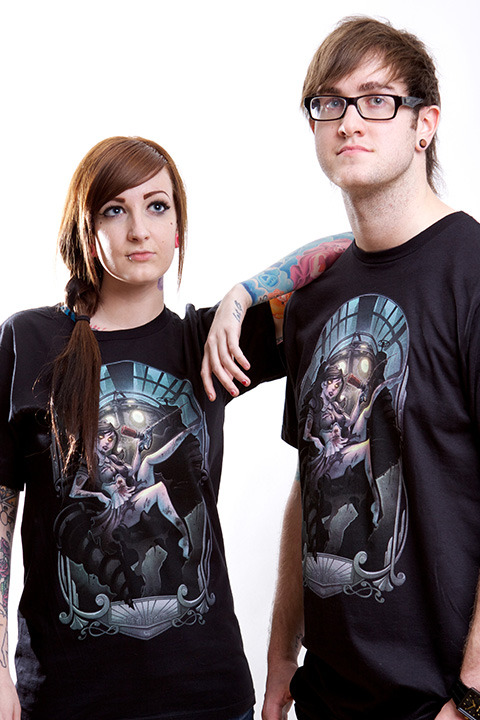 Little sister is all grown up!
BioShock is a first-person shooter video game developed by Irrational Games and published by 2K Games. The game was released for Microsoft Windows and Xbox 360 platforms in August 2007; a PlayStation 3 port by Irrational, 2K Marin, 2K Australia and Digital Extremes was released in October 2008, and a Mac OS X port by Feral Interactive in October 2009.
You can buy this t-shirt from storenvy.com