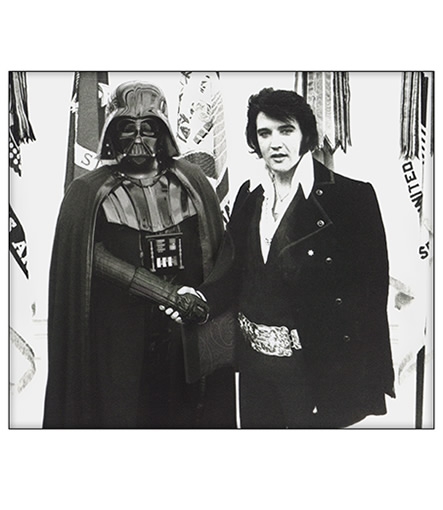 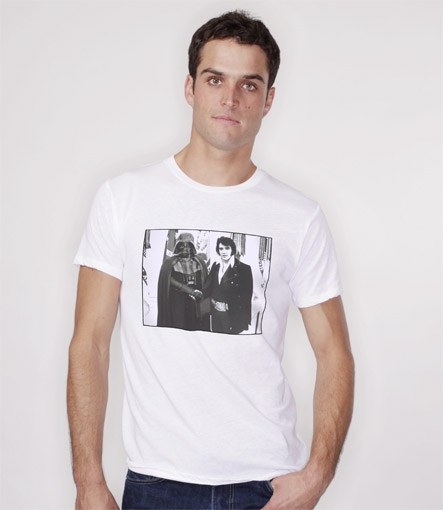 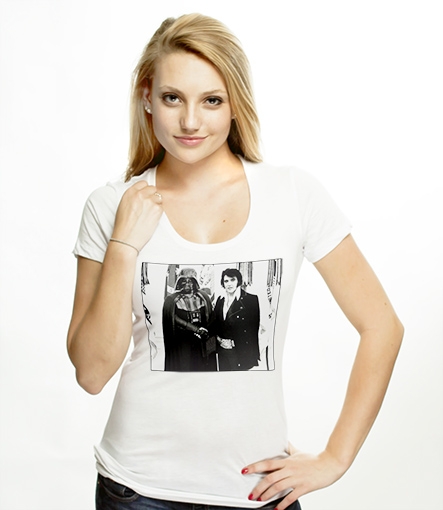 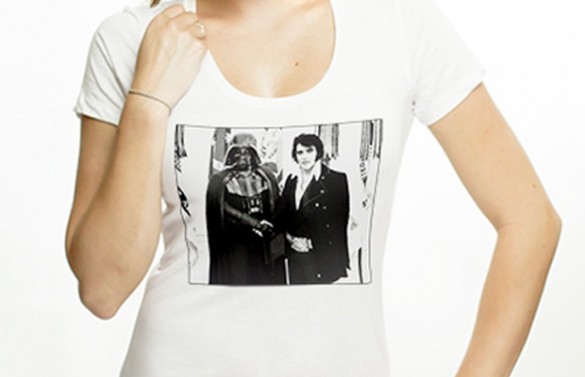 Viva la Seventies! You gotta love this classic shot of Elvis and Nixon. What a weird encounter that was. First, Elvis just shows up at the White House door and delivers a hand-written note saying he wants to be made an honorary drug agent or whatever. Then the two of them meet, Elvis gives Nixon a Colt .45 pistol, and they take some really awkward photos together. Strange times!
That’s weird. I don’t seem to remember Nixon wearing a Darth Vader costume at the time. Thought he was just wearing a plain-old suit. Weird. Then again, it was the seventies, and people were doing a lot of weird stuff back then. Maybe everyone just remembers it wrong.
But that is a little strange, no? I mean, s that a normal thing for a president to do? Especially Nixon. That guy had such a stick up his butt. (And had Star Wars even been released yet?) Holy crap, maybe Nixon was Darth Vader the whole time!

You can buy this t-shirt from headlineshirts.net