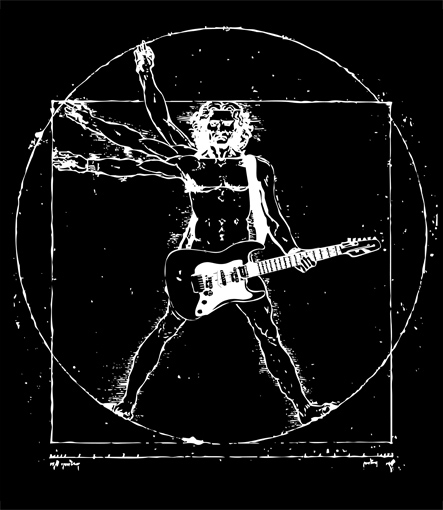 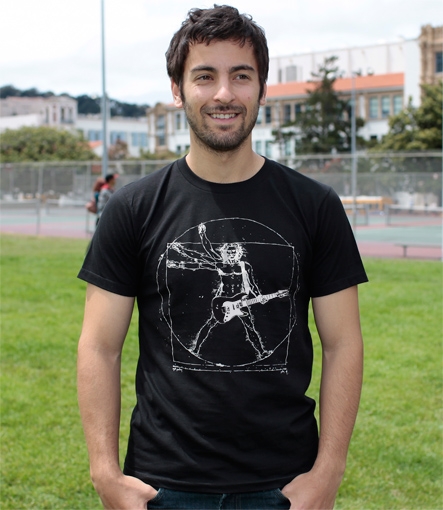 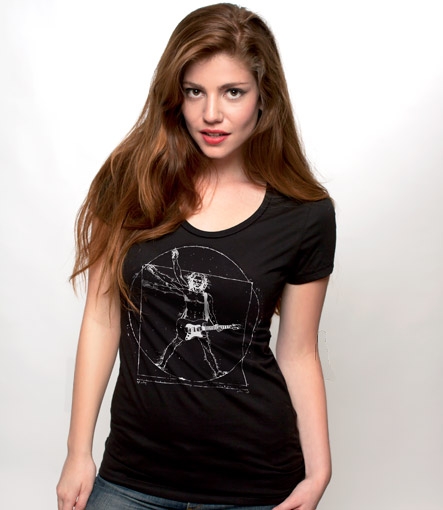 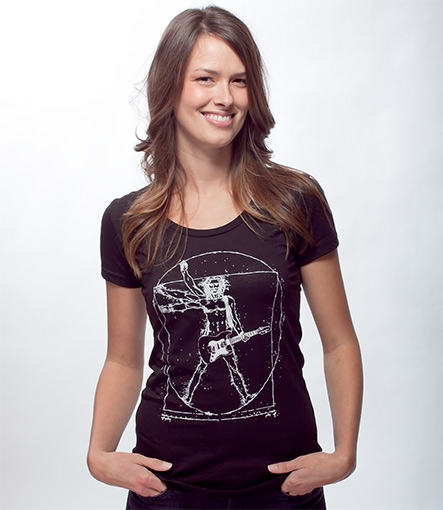 The discovery of a series of previously unknown drawings by Leonardo da Vinci have revealed that the famed artist/inventor/scientist was even more ahead of his time than anyone realized.

“We knew that da Vinci conceived ideas vastly ahead of his own time, including helicopters, tanks, calculators, solar power, and even the theory of plate tectonics,” said da Vinci biographer Irwin Nicholl. “But who knew that list also included cellular phones, hair-metal rock ballads and the Rotisserie Barbeque Platinum 5000 series?”

The drawing titled “Vitruvian Rock Man” appears to be the crown jewel of the bunch. But historians are just as excited about some of the other finds, including “Virgin with iPod,” “Silicon-based Microprocessing Contraption,” and “Horseless Uranium-235 Fission Inducer.”

Da Vinci even had a series of t-shirts made to commemorate his guitar man, thus predating the “invention” of the t-shirt by some 450 years.

You can buy this t-shirt from headlineshirts.net